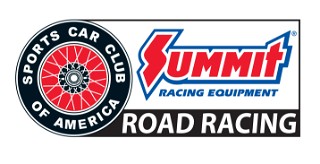 First is the Jim Fitzgerald Rookie of the Year honor, which goes to Formula Continental® driver Jason Reichert from the Las Vegas Region. The award is presented to the SCCA® Road Racing competitor showing the greatest promise and is based on driving ability demonstrated during the first season of National competition. Winners are selected by the Club Racing Board based on nominations submitted by Executive Stewards.

At the 2018 SCCA National Championship, Reichert showed great skill by remaining focused throughout the 20-lap event on Sonoma Raceway’s 12-turn, 2.52-mile circuit. He eventually inherited the lead with only a couple laps remaining and fended off a strong second-place challenger to bring home a win in his first Runoffs appearance.

Next is the Kimberly Cup, which is awarded to the SCCA driver who has shown the greatest improvement in the past year and is chosen by the Club Racing Board. The 2018 Kimberly Cup recipient is Formula F (FF) driver Jonathon Kotyk of the Buccaneer Region. After finishing fourth at Indianapolis Motor Speedway during the 2017 National Championship, Kotyk came back strong in 2018 at Sonoma Raceway to claim a dominant flag-to-flag victory for his first Runoffs win. Kotyk also was the 2018 FF U.S. Majors Tour Northeast Conference Point Champion.

Then there’s the 2018 Mechanic of the Year award, which goes to Joe Carr -- Chief Mechanic at Huffaker Engineering and a member of the San Francisco Region. Mechanic of the Year is selected by SCCA technical staff based on submissions received through a survey completed at SCCA.com or through email invitation. To be considered for Mechanic of the Year, nominees must demonstrate a strong commitment to their duties and to the drivers they support.

As validated through numerous nominations, Carr consistently puts his customers/drivers ahead of himself, devoting whatever time is necessary to get cars in top form and on track, showing amazing innovations and a can-do attitude. He has prepared numerous drivers for the Runoffs, is an exceptional person, and a truly talented mechanic in countless ways.

The Sports Car Club of America®, Inc., founded in 1944, is a 67,500-member motorsports organization that incorporates all facets of autocross, rally and road racing at both Club and professional levels. With headquarters in Topeka, Kansas, the SCCA annually sanctions over 2,000 events through its 116 Regions and subsidiary divisions. Much of SCCA’s activities are made possible with support from the following Official Partners: Hawk Performance, the Official Brake Products of SCCA; Sunoco, the Official Fuel of SCCA; and Tire Rack, the Official Tire Retailer of SCCA. To learn more, please visit www.scca.com.